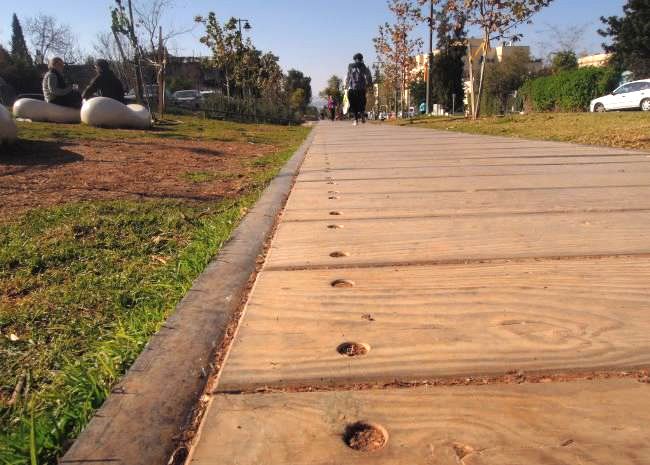 Train Track Park is a community-municipal initiative to create a park along the tracks of Jerusalem’s now defunct original train. The park is a welcome addition to Jerusalem’s green spaces, spanning a route which stands alongside many cultural and entertainment attractions. The building process was fraught with disagreements and setbacks, but it was finally built as part of an environmental program to build a park which surrounds the whole city.

As of today, the park’s path begins at the Old Train Station Plaza, running through the German Colony and up until the city’s southern neighborhoods. There are plans to expand it to additional areas. The well-manicured park is outfitted with running and bike paths, grassy areas, and young trees which hopefully will eventually provide shade to visitors. A visit to the park serves as a relaxing and pleasant pause in the midst of bustling city life, as well as a chance to tour along the tracks and learn about the history and fascinating stories of the area.
+
0