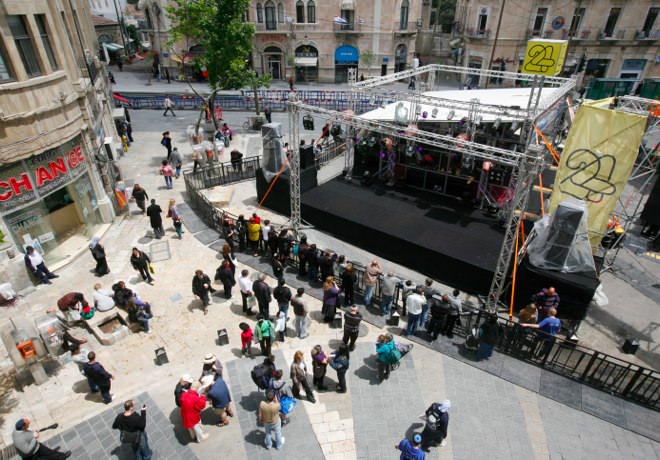 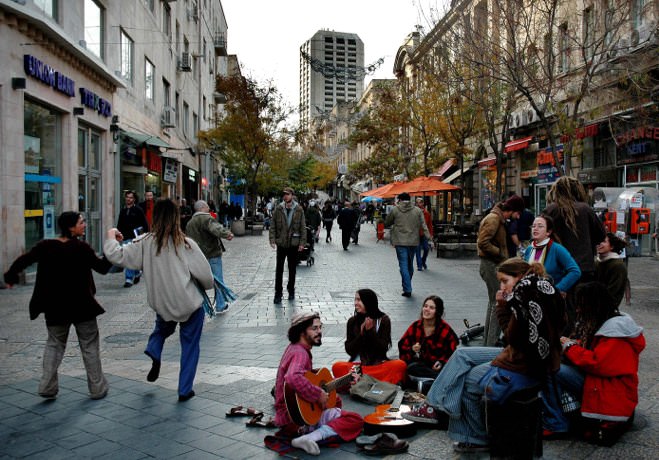 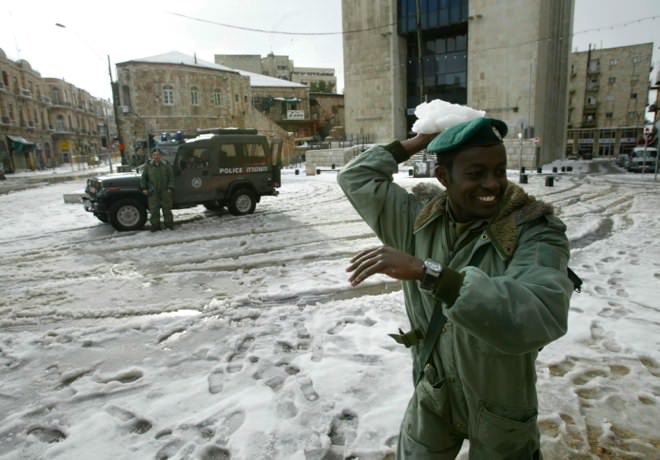 Zion Square was designed and built by the British during the British Mandate in the 1920’s. The intention was to build a large business center in the triangle created by three main streets in downtown Jerusalem.

Since the 1920's, Zion Square became one of the most vivid pedestrian locations in Jerusalem. It witnessed numerous demonstrations, various cultural events, and even starred in a movie based on David Grossman’s book “Someone to Run With.”

Zion Square is located on the intersection of Jaffa Street, the main street crossing Jerusalem from IDF Square to The Jerusalem Chords Bridge, Nachalat Shiva street and the Ben Yehuda pedestrian promenade.

Thanks to its central location, Zion Square is a popular hang-out spot for teenagers and students, where many businesses, restaurants, cafés and various shops are located. On Thursday, Friday and Saturday nights, the square is usually packed with people looking for a nice night out on the town, teenagers, students, Jerusalemites and tourists.

Today, the square is as vivid as ever, thanks to the light rail project that changed the City Center and turned the area of Zion Square and its surrounding streets into a large pedestrian. The rails, located in the midst of the downtown hustle and bustle picks up and drops off passengers every few minutes.